So this morning I came back to finish up the rack for Parkers, and I was just wiring up the two wireless mic receivers and wondering why the jack wouldn’t go in! Eventually after trying some other connectors I decided I’ve gotta take the thing out and get a better look. So I broke out the Skildriver and whipped the 2 SLX receivers out of the rack. You can’t see it in the picture all that clearly, but this is what I found: 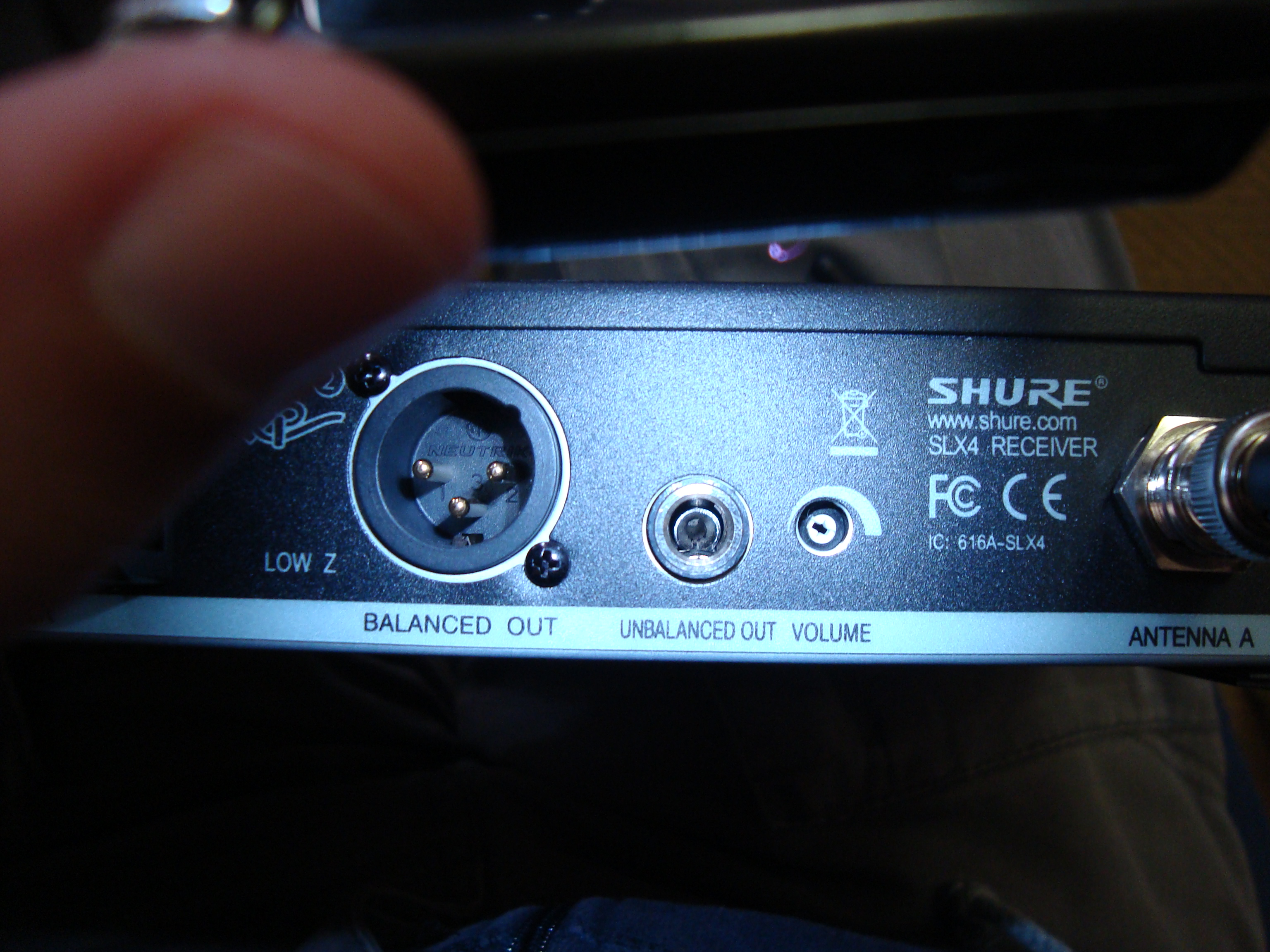 The jack that was plugged into it on Sunday had broken off inside. With the help of a paper clip, I managed to get a ring and some plastic out, but was not getting anywhere with the tip of the jack… despite the mission that it is, I knew I had to open the receiver up! So If none of you have ever seen inside a Shure SLX wireless mic receiver, this is what it looks like:

Once it was open i could push the jack through from the other-side:

With all that sorted i could then stick it back into the rack, here is a shot just before it goes in…

This is what came out of the jack connector!!!

Anyway, the rack is all closed up and ready for use on Sunday. I did a quick test of the wireless transmission, and with me standing on the other side of the office, with multiple walls in the way there was some drop-out in specific positions, so I’m still holding thumbs that it will be fine on Sunday.
Going to take some pictures, and video of the console in action and will post that next week… till then ciao!