So finally after several months of the Parkers mixing console (Yamaha 01V) living out of its cardboard box, the music shop got delivery of the Road Ready 4U Slant Mixer Rack and I am most of the way through installing the gear into it. The RR cases are flippen heavy, and can often be a pain to carry around, but they do protect the equipment. I’ve even heard a story about a guy’s house burning down, and the gear he had inside survived coz it was in a RR case!
The mixing console is mounted at the top of the case, the wireless mic receivers are mounted in the front, and the IEM transmitters are in the back. I am some what concerned that the setup is going to cause problems with wireless transmission, but we will just have to see. The distance is quite small, and we are not using a lot of wireless gear, so I think we will get away with it!
Tomorrow I need to pop in to the shop and get a multiplug adapter so that I can plug the 6 two-prong plugs in, as well as have a few three-prongs available for the mixer and any other gear that could get plugged in around the console.
Hopefully this endeavor will cut down setup and pack down time at Parkers considerably, as the engineers will be able to open up the rack, plug in the power, the snake, the recorder and the laptop and they’re done!
Here are a couple pictures I’ve snapped while setting up the rack: 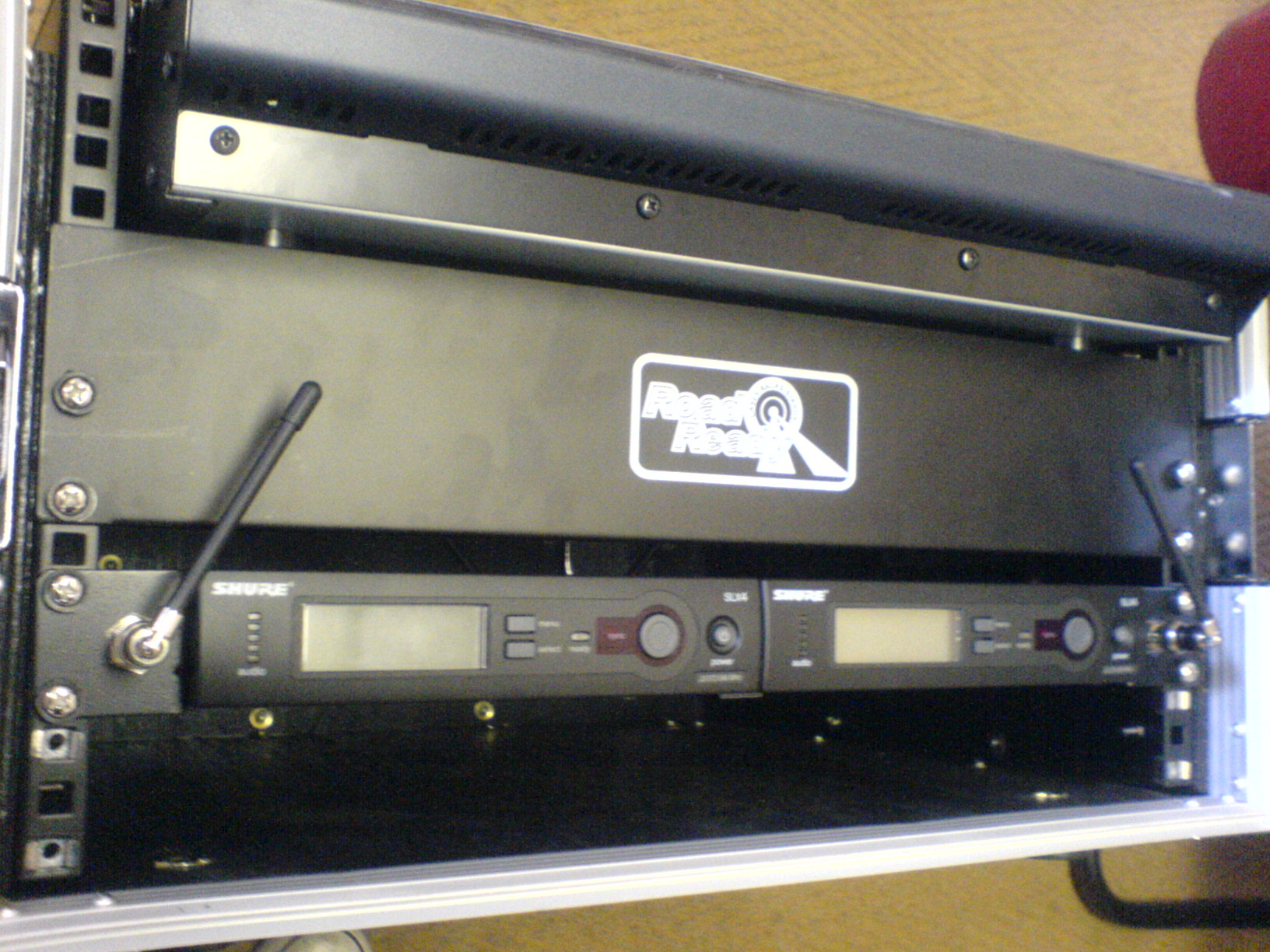 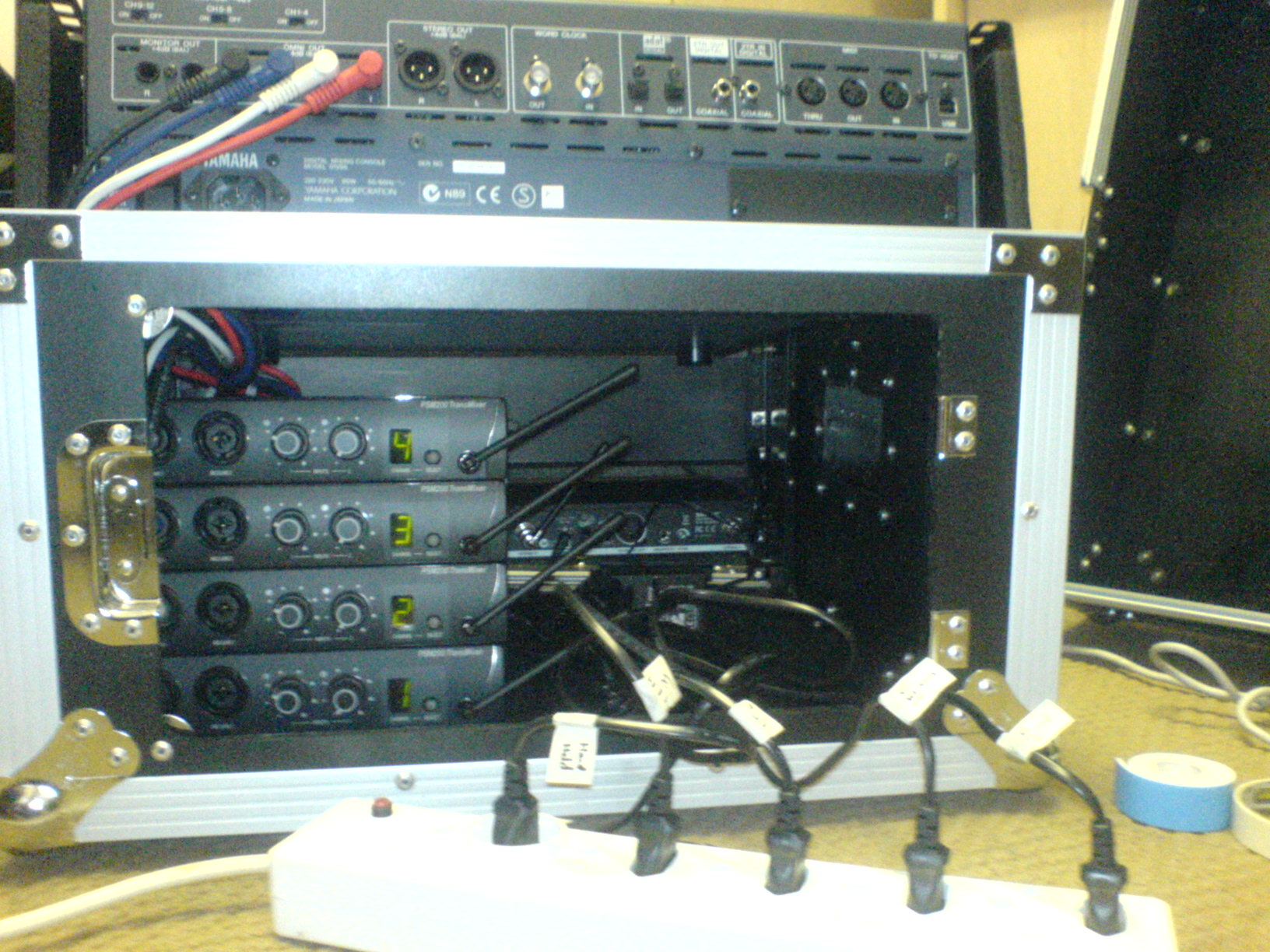 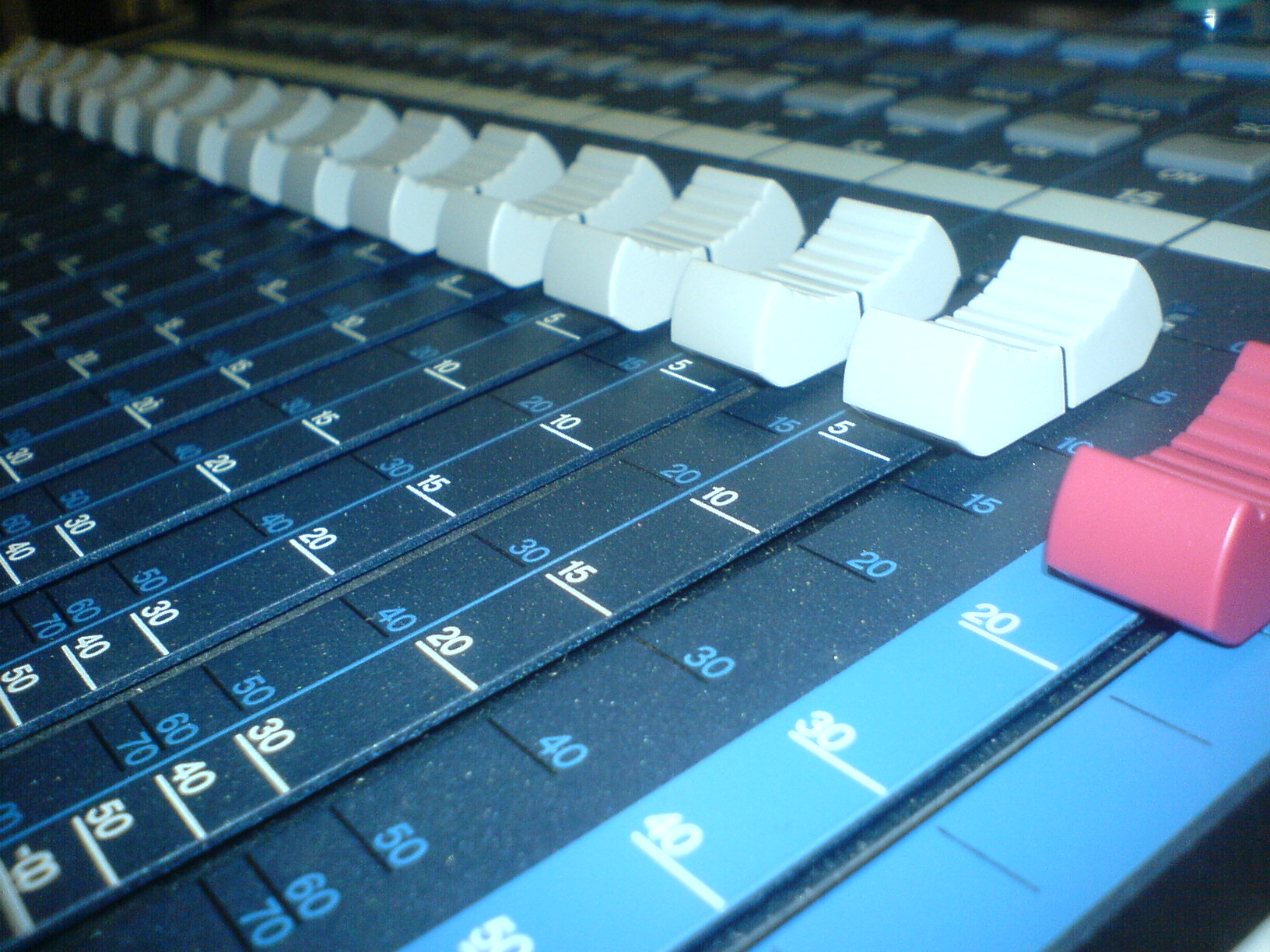